It appears that the #MSIgnite2017 mobile apps are ready for download now. The Android app is available here and the Apple app here.

I only downloaded the Android version of the app although I was a bit concerned about the authenticity of the app. I have not seen any official notification from Microsoft about the apps being available and the publisher of the application is Eventbase Technology and not Microsoft. The reviews were also pretty scathing saying that the logins did not work so all the signs were pointing to a phishing attack.

However, Eventbase Technology, Inc seem to do a lot of event apps for various people so it sounded like it may be legit. After the app was downloaded it did go to an official looking live.com signin page and as I have 2fa enabled on my account and my account password is different that passwords used anywhere else I didn’t feel too nervous about signing in.

Curiously the app has an option to create a Live Id as it’s just providing the standard Live Id login page but this functionality is kind of pointless as you need an id to sign up for MSIgnite in the first place.

Unlike the others, I was able to sign in successfully and the schedule that I’ve already setup online synchs down nicely to the app. As you can see from the image below it doesn’t help with overlapping schedules 😉 but you can see the ability to add/remove sessions to the schedule. 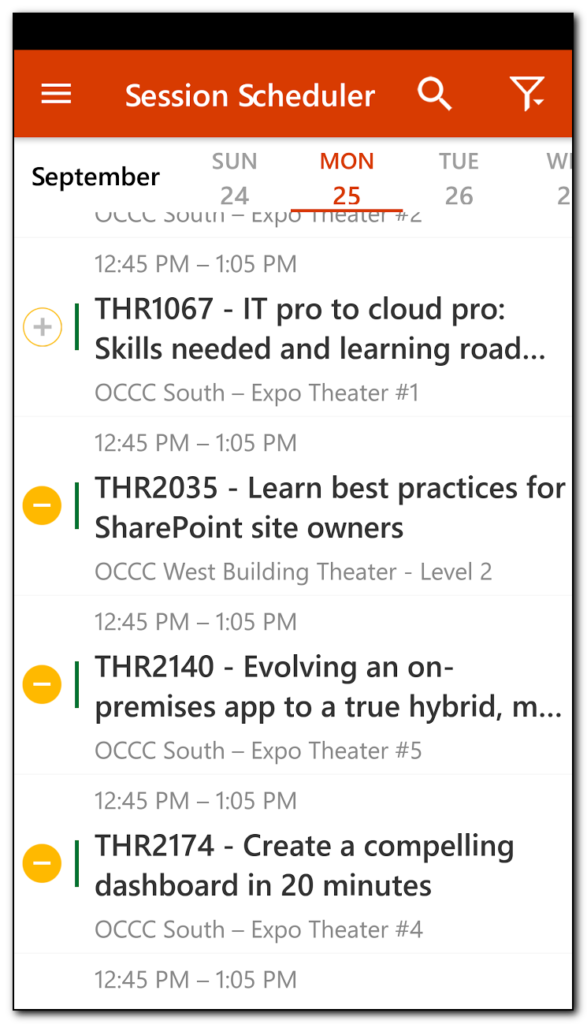 Interestingly, I still don’t see the keynotes listed in the session schedules. Anyone know when these are and why they would not be in the scheduler?