I’ve been working on an Azure Migrate project at work this week and had an interesting issue after attempting to start a replication of the source servers. The configurations were brought in from the Azure Migrate assessment tool but I received an odd error that there was no connected network interface on the source server.

Part of the solution steps imply that you create a nic on the server, but as the server has not actually been created in Azure yet, this step is not possible and the source server obviously has nic’s already setup so no change can be made on that server.

After getting a second pair of eyes on the issue (Thanks A!) , we had an Aha moment in the Compute and Network section of the server setup. The Assessment had set the nic’s on the machine to Do not Create and Secondary Network. As there was no primary nic configured on this page, the error message above is generated. Setting the Secondary nic to Primary rather than Secondary enabled the replication to start successfully.

2 lessons from this – Always ensure you have a primary nic configured when using Azure Migrate. Get a second pair of eyes for that fresh look at the problem as sometimes you just can’t see the wood for the trees. 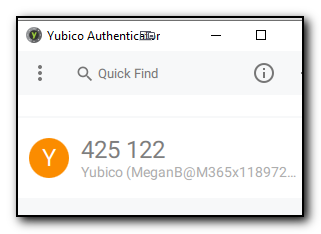 We were recently came across an issue with configuring the NPS (Network Policy Server) to use Azure AD’s 2FA authorization to validate VPN access to one of our clients. The initial configuration was fairly straightforward with the instructions at https://docs.microsoft.com/en-us/azure/active-directory/authentication/howto-mfa-nps-extension but after connecting to the VPN server, we were not getting the push notification to our phone for the final verification steps.

The key was the last line – Azure Multi Factor Auth Client is disabled. Despite the fact that 2FA was already in use to verify access to the Office365 portal and desktop apps, it seems that the client was not enabled in Office365.

This was fixed by running the following in a powershell window connected to Azure AD..

This then enabled 2FA to work with NPS. I put in a PR request to the official documentation to have this as an official troubleshooting step but the PR was closed. Hopefully this post and the PR will help others in their configuration as it did seem to be a fairly common problem.